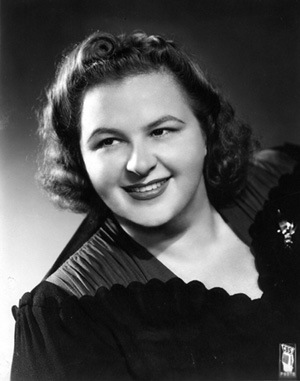 The United States Senators sang it on the steps of the Capitol that fateful day, September 11, 2001, another “day that will live in infamy.” It was sung at the reopening of the stock market the following Monday, and  Canadian soprano Celine Dion sang it at the two-hour fundraiser "America: A Tribute to Heroes" on September 21.  The song was God Bless America, and on NBC's Saturday Today show, after mentioning the national anthem and Willie Nelson's rendition of America the Beautiful, it was reported that Ms. Dion sang "the song that galvanized the American spirit."

In the days and weeks that followed the horrendous events of September 11, it was indeed God Bless America that was on the lips of Americans everywhere.  Baseball officials decreed that the anthem would be sung at the seventh inning stretch of all major league ballgames.  Flags were quickly printed, containing the title at the bottom.  And it appeared on marquees of eating establishments, tire stores, and car washes from coast to coast.

Today's younger generations may not be familiar with the origin and history of the song Irving Berlin considered his most important composition.  It was written during the First World War, for an army camp show where Berlin was stationed: Camp Yaphank on Long Island.  The show's producers rejected it as too jingoistic, so Berlin placed it in a trunk of rejected manuscripts.

There it lay for twenty years, until Ted Collins, manager of popular singer Kate Smith, approached Irving Berlin for a new patriotic song for Kate to introduce to mark the twentieth anniversary of the Armistice that ended World War I. Berlin had recently returned from a trip to England, during which he was saddened to see signs of another war in the making.  He was more thankful than ever to come back to his peaceful adopted homeland (his family had come to America from Russia when Irving was a small boy), so he was motivated to answer Collins' request, on Kate's behalf.

After several days of futile attempts to write a new patriotic song, Berlin remembered the one he had written in 1918.  He asked his secretary to retrieve it from the trunk, and he made a few changes to the lyrics.  One was from "Stand beside her and guide her/ To the right with a light from above" to through the night," since "right wing" and "left wing" had taken on political connotations in the interim.  The line "From the mountains to the prairies/To the oceans white with foam" had originally been "From the green fields of Virginia to the gold fields out in Nome", a decided improvement!

Now Kate Smith was the No. I popular songstress in America in 1938, and her weekly Kate Smith Hour was heard by many millions of radio listeners that Thursday, November 10.  The shy composer was invited to attend the show, but he declined, opting to listen with a few friends in his office at his music publishing company in New York.  Kate sang it as her closing number, after which Berlin's phone began to ring, as people began to ask, 'Where can we get that song that Kate Smith just sang.?" Berlin was so touched by those calls that he decided to attend the rebroadcast three hours later for the west coast audience.  At the conclusion of the broadcast, Kate called Irving to the stage and gave him a bearhug that swept him off his feet!

The new anthem electrified the nation and Kate sang it on nearly every broadcast through December 1940, after which there was a ban on public performances of ASCAP songs.  She had exclusive performance rights for a time.  She recorded it for RCA Victor on March 21, 1939, and that version has been reissued countless times over the years.

The lyrics were inserted into the Congressional Record, and there was a movement to make the song our national anthem.  Kate addressed Congress, imploring its members not to do that.  She argued that the Star Spangled Banner was written during a battle (Francis Scott Key wrote it during the War of 1812).  It fact, she recorded it on the flip side of God Bless America.

God Bless America was sung at both the Democratic and Republican national conventions in 1940, and again at the Republican national convention in Philadelphia July 31, 2000, the convention that nominated George W. Bush as our 43rd President.  At the latter a videotape of Kate singing it on the Ed Sullivan Show in 1957 was played.  Although it was recorded by Bing Crosby, Barry Wood, Gene Autry, and Horace Heidt's orchestra at the time, it was destined to be associated with Kate Smith forever, giving her a certain immortality, as well as a guaranteed standing ovation at all of her concerts.

In 1940 Irving Berlin established the God Bless America Foundation, with all royalties from its performance earned by either Berlin or Miss Smith going to the Boy and Girl Scouts of America.  That arrangement exists to this day.  These organizations were chosen, to quote the contract, because "the completely nonsectarian work of the Boy Scouts and Girl Scouts is calculated to best promote unity of mind and patriotism, two sentiments that are inherent in the song itself."

When Warner Brothers made "This Is The Army" into a technicolor motion picture in 1943, Berlin insisted that there be a scene in which Kate herself re-created her radio introduction of God Bless America.  She sang it complete with the seldom-heard verse.  When she died in 1986, that clip was played as part of nearly every television obituary.

An interesting chapter was added to the Kate Smith- God Bless America story in the twilight of her 50-year career.  Officials noted that when the national anthem was played at the opening of Philadelphia Flyers' hockey games, the fans were not properly respectful, while they listened more quietly to Kate's record of God Bless America.  Furthermore, a statistician noted that they won most games when the latter was played. Fans were given a surprise on October 11, 197 3, at the season opener, when Kate Smith walked across the red carpet on the ice to sing her anthem in person.  They beat the Toronto Maple Leafs 2-0. Announcer Gene Hart commented that Kate "brought chills and a standing ovation of three minutes. It fully met the ultimate definition of the word triumph." At critical games Kate was driven down from New York to repeat the favor. When the Flyers clinched the championship and won the Stanley Cup by defeating the Boston Bruins 1-0, even the Bruins skated over to shake Kate’s hand. She was called their talisman and good luck charm; she loved the free publicity!  She repeated the role the next season, and the Flyers defeated the Buffalo Sabres to retain the Stanley Cup. (Thanks to Steve for the correction to the name of the defeated team!)   In 1987 they erected a bronze statue in memory of their "rabbit's foot" or "secret ice weapon," who had died the previous year.

In one of the few positive results of the unspeakable events of September 11, God Bless America has played an essential part in rekindling a tremendous burst of patriotism at a time when it is needed more than ever in our great nation’s history.

Back to the Kate Smith Commemorative Society